In the world full of music, I wanted to take a moment and say thanks for choosing my work. This album mainly focuses on songs presented by Diverse System's compilations. It's a work planned and produced by Jerico.

Around 2012, when I started getting involved in the Diverse project, the community was smaller and people were more like rhythm games. On the other hand, I was completely ignorant of what Dōjin music other than derivative works is like, because "Jericho's Law" was originally working for the purpose of making a CD of derivative works (Touhou arrangements). However, I was surprised exactly "diverse" creators had high quality, and I wanted to get acquainted with the people are doing creative work if I can participate.

It's worthwhile getting involved in Diverse's project gives me the feeling I can work together with a good creator never met. The creators feel more "an atmosphere of friendliness built by creation" than a competition relationship. It's a kind of healing world... I think that Diverse System is now at the center of a fairly extensive community. And as Jerico continues to participate in the project, my rating has gradually rises in the community.

[Attitude]
I recognize music in two genres: songs with lyrics and songs without lyrics, and distinguish all other genres as sub-genres. Although it's necessary to prepare in various ways to select and create songs without lyrics, I have the freedom to do what I want to do. That is in exchange for not having the opportunity to hear the work.
I've always been a minority about music, but I also reflect my own music as a minority. "There's not a lot of intention to let people listen" is might a stupid attitude.
On the other hand, I also like to analyze and imitate the trend of music and popular sounds.

[Style]
Like most creators, I was influenced by music (hip hop, rock, punk, metal, reggae) during my teens. It'll be the basis for creation over a lifetime.
There are many electronic and synthesizing songs when you listen to it, but it'll be clear also in this CD and genre-specific "AD:(Advantage) series" that the included uniqueness has spread out. It's definitely "Teens music"!
Since my attitude has been established, the music I listen to after my twenties has less direct impact. I have also played classical piano and jazz drums, so this is also a strong influence. And I learned how to make computer music, but I'm not good at it yet.

[Purpose]
I work for "the purpose of sharing the state of enjoying creation in accordance with a certain rule". In other words, I do music activities in the same sense as Youtubers, Twitch streamers, Blog writer. I feel uncomfortable with being treated as a Musician or Artist. Recently, I like to be called "Otoya-san" on the Internet of Japan. It may be similar to record producer.

[Commentary]
The common things in this works is that "I spend a lot of time producing it".
Of course, we can not judge that "To spend time → good work", but I can reconfirm "a horrible attachment to a specific sound" that can be made only by the hobbies and not by work. Now, when I listen to my music, I notice incredible fine details. It invites a feeling of uplifting, and it makes me feel strange without ever remembering how I came up with this gimmick or composition. I have colors and images that come to mind while making music, and I'm thinking about converting it into music.
After all songs without lyric, I feel strongly that "I want to have a story" to the music in the sound making and song structure.

However, those "production process and creator's intention" are what I want to convey, but they are not so important. The important thing is there is a place where such music can be presented to the world and there are people can listen to it.
I really appreciate! If you got this physical CD in the streaming era, please let me interpret it as "I support Jerico".

I can look back over a decade of activity, taking on the seemingly boring word "Practice makes perfect" heavily. With this my favourite motto, I would like to make it fun to create the music life of the coming decades. 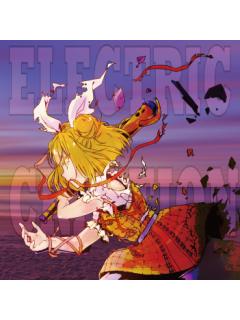