Jazz pianist SENRI OE will launch a new, bi-weekly Instagram TV series titled the HMMM Channel, which premieres tomorrow, September 17, at 8:00 p.m. ET / 5:00 p.m. PT. Senri will welcome listeners from around the world into his living room with the virtual mini-concert series. Every episode will include two live performances, with Senri’s storytelling behind the songs from his current album, HMMM, and songs from the catalog of his compositions written over the years. The HMMM Channel will live on Senri’s Instagram feed with two episodes per month, and will air every other Thursday at 8:00 P.M. ET / 5:00 P.M. PT. Follow Senri HERE
Senri’s current jazz trio album, HMMM onPND / Sony Music Masterworks, reached the Top 40 on the JAZZWEEK chart, and #24 on the Roots Radio Jazz Top 50, marking the former Japanese pop star – turned jazz musician’s career jazz charting debut. During these unprecedented times, in which Oe had to halt his recent February tour of Japan due to the Coronavirus, he wrote a special song dedicated to essential workers titled Togetherness, check out HERE; in addition to a special nine song playlist for fans, calling it a “calm, soothing and feel good remix” which can be heard HERE.
HMMM, Oe’s sixth jazz studio album, includes six trio tracks and three solo piano tracks, with accompaniments by acclaimed musicians bassist Matt Clohesy and drummer Ari Hoenig. Oe’s songs are interspersed with three piano pieces – two interludes (“Freshening Up,” “When Life Was A Pizza Party”) and a postlude (the Christmas-themed “A Fireplace”) – amongst six cuts that showcase his spirited, often lighthearted, yet powerfully percussive trademark piano style, as he interacts with the dynamics-filled grooves created by Hoenig and Clohesy. During the recording of the album, Oe’s father passed away unexpectedly, and became the inspiration for several songs on the album – as Oe had been overcome with so many feelings and emotion, that he composed the three solo piano tunes in 30 minutes.
As a pop superstar in Japan in the 80’s and 90’s (who grew up listening to the sounds of Billy Joel and The Carpenters), Oe did a complete turnabout in his career after a backing band member, and friend of his, suddenly passed away. At that point, he decided that life was too short, and wanted to focus on what was important in his life – his first love – jazz. So Oe left Japan and his legion of pop fans to grab a piece of the American Dream, and headed to New York to study at the School of Jazz at The New School. Oe’s jazz albums include: Boys & Girls (2018), Answer July (2016), Collective Scribble (2015), Spooky Hotel (2013), and Boys Mature Slow (2012) and HMMM (2019).
See schedule of HMMM Channel airdates:
Thursday, September 17
Thursday, October 1
Thursday, October 15
Thursday, October 29
Thursday, November 12
Thursday, November 26
Thursday, December 10
Thursday, December 24
Check out Senri’s album HMMM  HERE.
Check out Senri’s music videos:
RE: VISION
ORANGE DESERT
INDOOR VOICES
POIGNANT KISSES 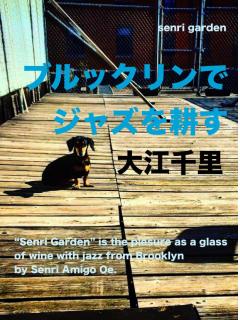 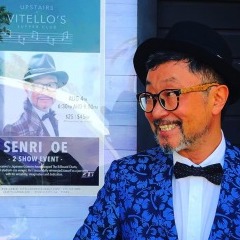